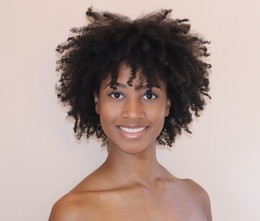 Kat Files is a New York City based dancer, model, and actress. Ms. Files is a 2015 graduate of Fordham University/The Ailey School BFA program in Dance where she was a 4 year Glorya Kaufman Foundation Dance Scholar. She began her training in Birmingham, Alabama at the Alabama School of Fine Arts (ASFA) through a comprehensive curriculum comprised of classical ballet and modern dance technique, with exposure to other dance styles and forms. Throughout her entire career as an ASFA student, Ms. Files was a member of the ASFA Dance Outreach program and was privileged to travel to Birmingham City Schools to demonstrate dance techniques and provide performances for the students. Ms. Files continued her commitment to community outreach through dance by volunteering with such organizations as Woodlawn Ballet, Scrollworks/Metropolitan Youth Orchestras of Central Alabama, Birmingham City Schools and Tuscaloosa City Schools. As a dance student at The Ailey School/Fordham University, Ms. Files was a member of the Ailey/Fordham Student Dancers (AFSD) which presented dance performances to inner city schools. In 2017, as a further commitment to community outreach, The F.I.L.E.S. Arts Project taught a Horton dance masterclass to BOLD (Beating the Odds, Living the Dream) Performing Arts Academy students in Fairfield, Alabama. While in NYC, Ms. Files continues to support Birmingham City School Teachers by choreographing dance works for students during special projects and sending a video of the choreography.

Upon graduation, Ms. Files performed in the 5th Annual Brooklyn Dance Festival at BAM Fisher Theater and Kumble Theater, LIU in a work by Sidra Bell. In February 2017, Ms.Files joined Felice Lesser Dance Theater, and performed in "Lightning." Ms. Files was presented with a freelance opportunity and was able to perform as a featured dancer in a video for the Billboard music group, Autograf. Ms. Files became a founding member of Matheta Dance in October 2017 making her debut in the premiere of "Keep Up & Keep On." Ms. Files performed with Matheta for Art Action Day held in coalition with The Federation and Morgane Le Fay. In April 2018, Ms. Files performed in the duet, "OSHUN" that was a part of a film choreographed by Germaul Barnes; the film premiered at the Philadelphia Icebox Project Space. Most recently, Ms. Files performed "Sugar on the Floor" choreographed by Germaul Barnes for ChoreoQuest's Afro Pas de Deux 2018; the show was held at the iconic Billie Holiday Theatre in Brooklyn, NY. Ms. Files joined Elisa Monte Dance in 2019.

Ms. Files has an appreciation for various art forms. She is pursuing her passion for the visual art of fashion through modeling. Ms. Files has walked in fashion shows benefiting charitable organizations such as the Susan G. Komen Breast Cancer Foundation & The National Alzheimer's Association. Additionally, Ms. Files has walked in Brooklyn Fashion Week 2015 and 2017, NYFW- The Journey 2016, Le Coiffeur: Style the Runway 2017, and Couture Fashion Week 2016 and 2017. Recently, Ms. Files was featured in a National BEDGEAR Performance promotional advertisement, and was also a featured model in Designer, Inga Murray of IngaSez Fashion, LLC's published spread in Sheeba Magazine. In February 2018, Ms. Files had the opportunity to model for an editorial shoot for Beacon's Closet, a major clothing store specializing in vintage apparel, shoes, and accessories. In April 2018, Ms. Files modeled for designer Mondo Morales during Fashion Week Brooklyn; she also had the opportunity to fit model for Nannocare's Social Media Campaign. Most recently, Ms. Files modeled for the Out Fashion Vanguard Awards presented by Out Magazine and Lexus in NYC; she was selected to wear designs by Grayling Purnell.

In addition to dance, Ms. Files is also pursuing her passion for the performing arts through acting. She has worked background on the following television series: "Gotham", "Bull", and "Deception." Ms. Files performed featured roles on "Gotham" and "Deception" and has completed background work on a major motion picture. Ms. Files earned her SAG-AFTRA membership in June 2017. In January 2018, Ms. Files was employed on a commercial for Maybelline. In April 2018, Ms. Files was cast as a principal talent for the Courtyard by Marriott “Live Your Passion” Print and On Camera Campaign. Ms. Files is currently finishing production for the short film "Fine Wine," which is being shot in Philadelphia, PA.

In 2014, Ms. Files created The F.I.L.E.S. (Future Inspired Leaders Exemplifying Success) Arts Project, a 501(c)(3) organization, to provide dance and music training at no cost to the youth of in her hometown of Birmingham, AL. For the last 5 summers, the project provided workshops to traditionally underserved communities. TFAP is made possible by grants from the Alabama State Council on the Arts and the National Endowment for the Arts. The Additionally, Ms. Files also assisted pre-professional Ballet classes at The Ailey School in 2015 and 2016. For the past 3 years, Ms. Files has taught Ballet, Modern, and Jazz classes at Youth Arts Academy in Brooklyn, NY. Ms. Files has choreographed dance pieces for each of her classes end of the year performances. Recently, Ms. Files conducted a Dance Masterclass at the University of Connecticut (UCONN) at Stamford, where students also had the opportunity to sit down with Ms. Files and participate in a Lecture/Demonstration. The passion Ms. Files has for dance and the performing arts was nurtured by her family, which can be traced to her grandfather, the late Curtis Files, Jr., who was inducted into the Blues Hall of Fame as a Legendary Blues Artist.